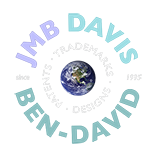 5: Is it done yet? How to know if an invention is “ready” for patenting – Part I

When I was a kid growing up in New York, I was fascinated by the pop-up timer that came in the turkeys we would cook for holiday meals.  Based on the simplest of principles, this little invention is supposed take the guesswork out of cooking by indicating when the turkey has cooked enough and is ready to come out of the oven. It’s fallen a bit out of favor  over the years, but the idea remains appealing: up it pops and the cooking’s done! If only it could be as easy to determine when an invention is ready for patenting and not half-baked,

So when is an invention ready for patenting?

When is a description detailed “enough”?  Unfortunately, there is no single answer; and the best path to an answer is through more questions that must be answered by the description and claims in the patent application: What is the invention?  What do you want to claim? What are the logical variations of the invention’s elements? Based on your R and D, can you assume that the predicted variations will work as expected? Does your claim include a broad category of something, and do you have a representative number of examples of that category?

Defining enablement is simpler. The concept boils down to this: is there enough description so that the claimed invention can be practiced by someone else? For mechanical inventions, this often amounts to the same thing as the written description requirement: did you provide enough detail so that someone else reproduce and use your device.

But for the so-called unpredictable arts like biotech, enablement depends on data that proves that the claimed invention works as described. And here we come to one of the biggest differences between the US and most of the rest of the world.  In the US, it is possible for the written description to be sufficient to support a claim, but not enough for the claim to be enabled.

What to do if you have to file the patent application, but don’t have all the supporting data that you think you need?  Describe the planned experiment in the application as a “prophetic example,” and when the claim that requires the data is rejected (usually several years later), submit the data from that experiment in a Declaration. This will usually do the trick.  But remember: this only works in the US! Submission of data obtained after filing the patent application to prove descriptive support is mostly unsuccessful outside the US.

Next time: Isn’t it obvious?  How to show how your invention stands out from the rest!

Do you have questions about the above information? Are there subjects that you would like to hear about? Let me know!